You are the Destroyer! 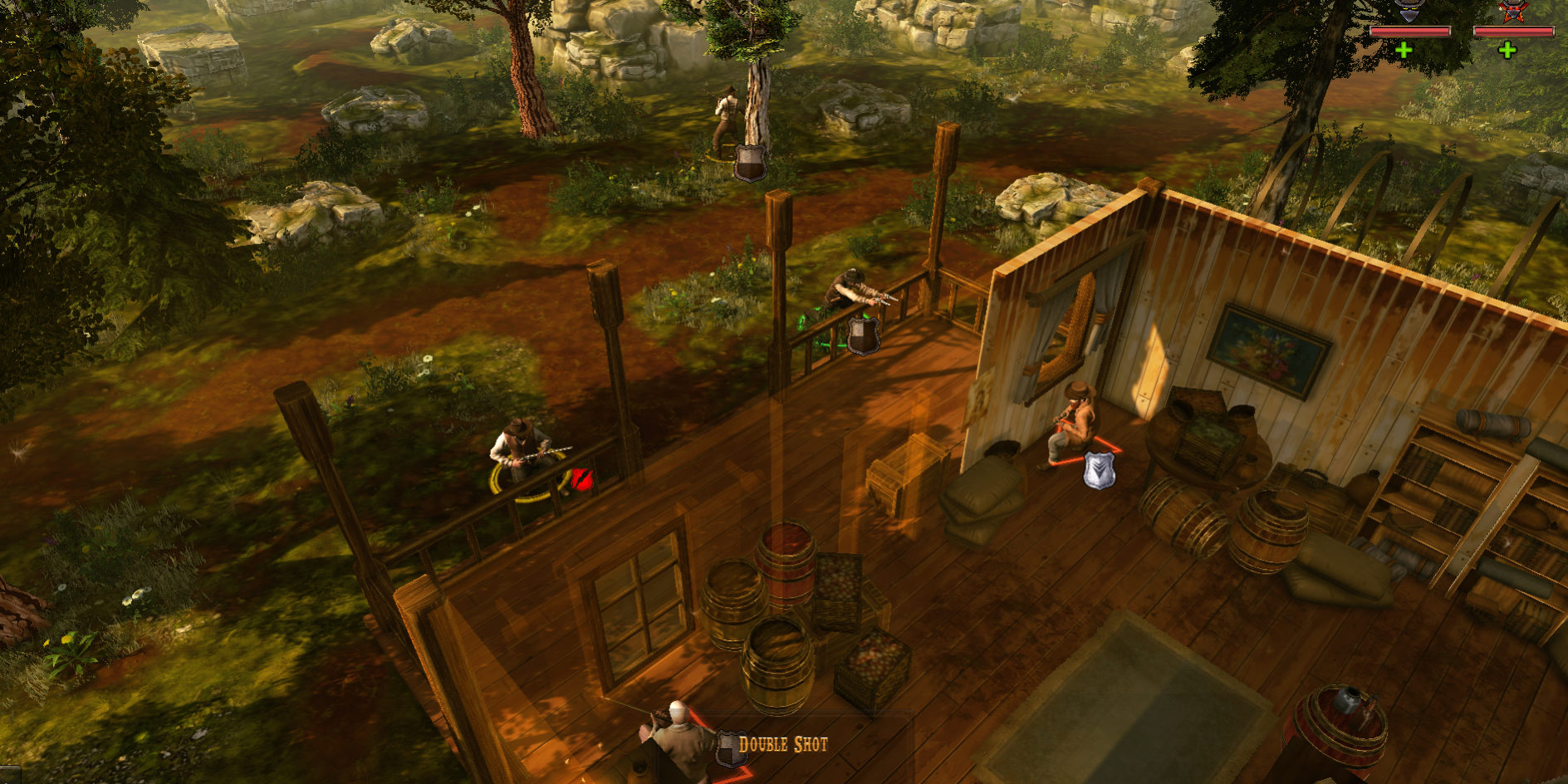 Who doesn’t like destruction? Many of the man made and natural objects in Feud can be destroyed by a variety of means. Simple gunfire can wear down and take out small to mid-sized objects like barrels but if you want to create some real chaos you’ll want to get your hands on some dynamite.

Dynamite is capable of destroying trees, parts of buildings, wagons and most small objects. Some story missions present you with opportunities to get it while you can research some perks in Saga mode to occasionally being fights with dynamite. Dynamite is tricky and can often bounce around a bit so throwing at someone or something right next to you can provide you with a nail-biting moment or could save the day.

Getting hit by the blast from a stick can outright kill a person. If it doesn’t kill them it’ll at least knock them down and perhaps even render them unconscious allowing you to follow up when they are vulnerable.

Some characters, like Randall McCoy have optional abilities that are specifically tuned to destroy objects and can open up new strategies if cleverly used. 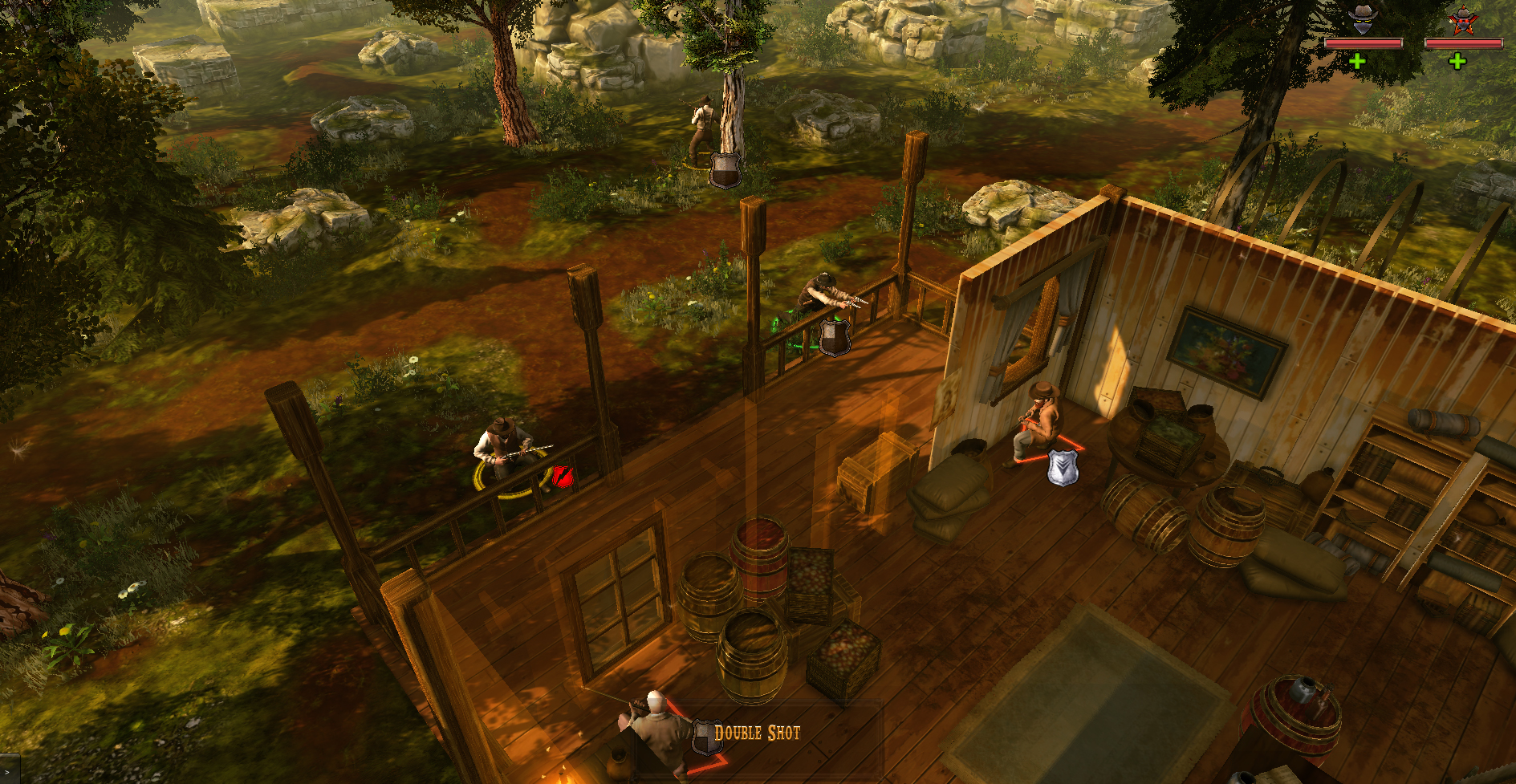 In the shot included you can see a shootout between your posse and some men holed up in a general store. While you can pick away at each other…you could also sneak around to the side, retrieve some dynamite and make your own entrance!

Think before you throw, but don’t think too long, the fuse is burning!