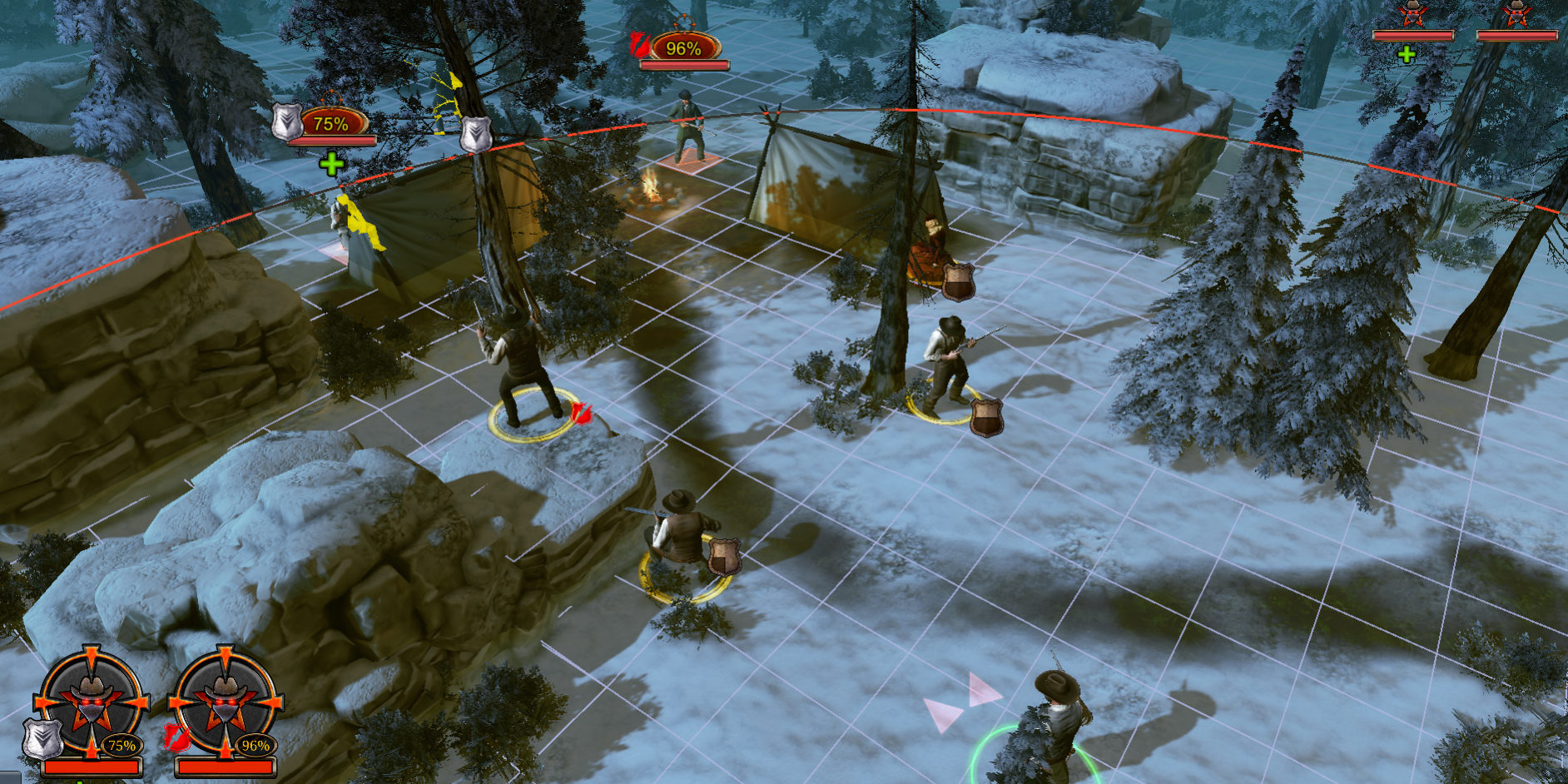 Previous posts have gone over updates on how things are going and new features. This week we’re going to do something a little different and talk about the cover system in Feud and get into the guts of how it works.

In Feud there are five different situations you can be in for cover. The first is completely exposed with no cover. The other four are 25% Cover (think of it as light cover), 50% Cover (standard good cover), 75% Better than Average Cover (more sturdy objects, solid rock areas) 100% Extremely Good Cover (dense rock formations etc.) We use a “badge” to indicate cover, how full the badge is represents how good the cover is.

Cover benefits include making you harder to hit and giving you a better chance to take less damage when hit. Basically, they boost your dodge and toughness checks. 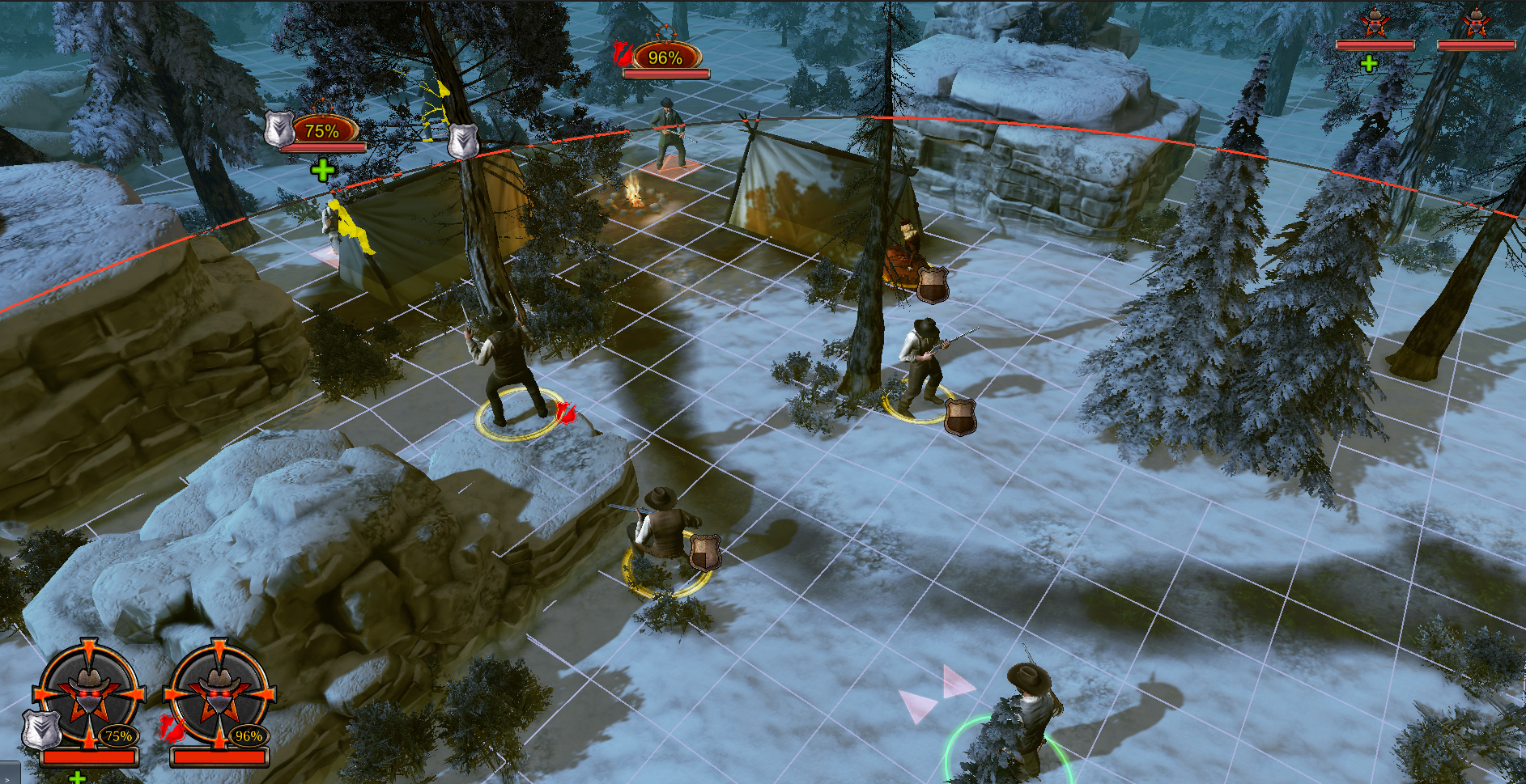 You can see in the shot some of your characters are in 50% and 75% cover while Bad Frank Phillips has made the bold move of standing on a rock. He’s in the open but gets some benefits from being up there. The red, shattered badge let you know not only does he have no cover, but he is exposed and in range of enemy attacks. You might wonder what the silver badges are, they are a challenging type of enemy that is invulnerable when in cover. You to maneuver to expose them to stand a chance!

A big part of the gunfights in Feud is finding and moving to the best cover you can strategically. There are times where a 50% cover position is better than a 100% cover one. There are levels where you’ll be constantly moving and being faced with choices on where and how to set up your posse as they move into a potentially dangerous situation. Add on top of this that some cover can be destroyed by loose gunfire and, of course, dynamite which is prone to bouncing around a little before exploding and you’ll find choosing the right cover an important and essential part of making it out of combat with a hole through your hat instead of through your heart.

Keep your powder dry and guns loaded until next week!