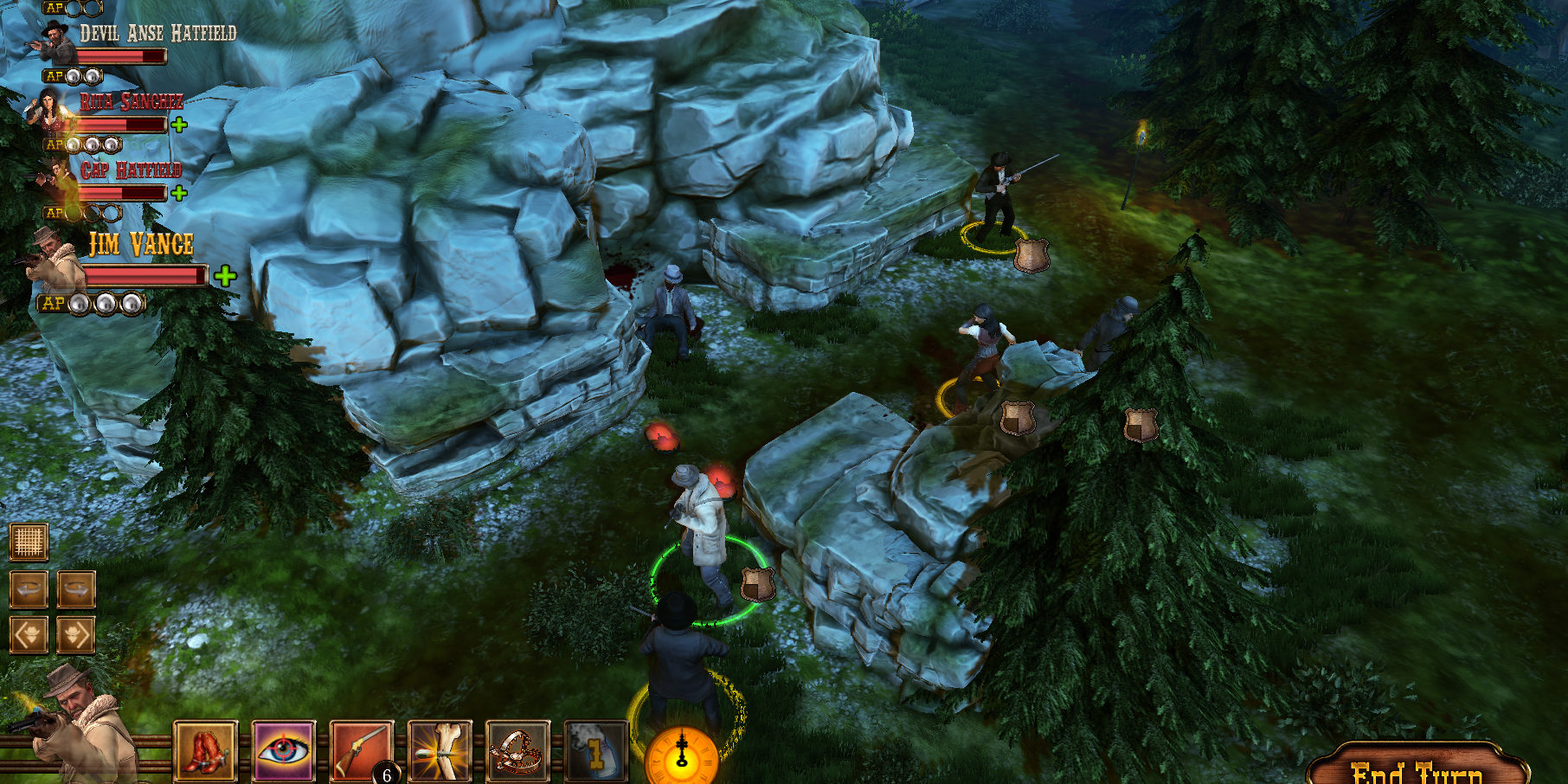 As we’re playing and testing the game we frequently have epic battles. This is the remains of such a fight. The Hatfields set an ambush up at the choke point between the rocks which involved bear traps and a smoke bomb allowing them to surround their enemies and unleash hell. The lonely corpse of one of the unlucky enemies and a couple unused traps are all that’s left.

Just one potential strategy you can use to outwit your enemies in Feud.